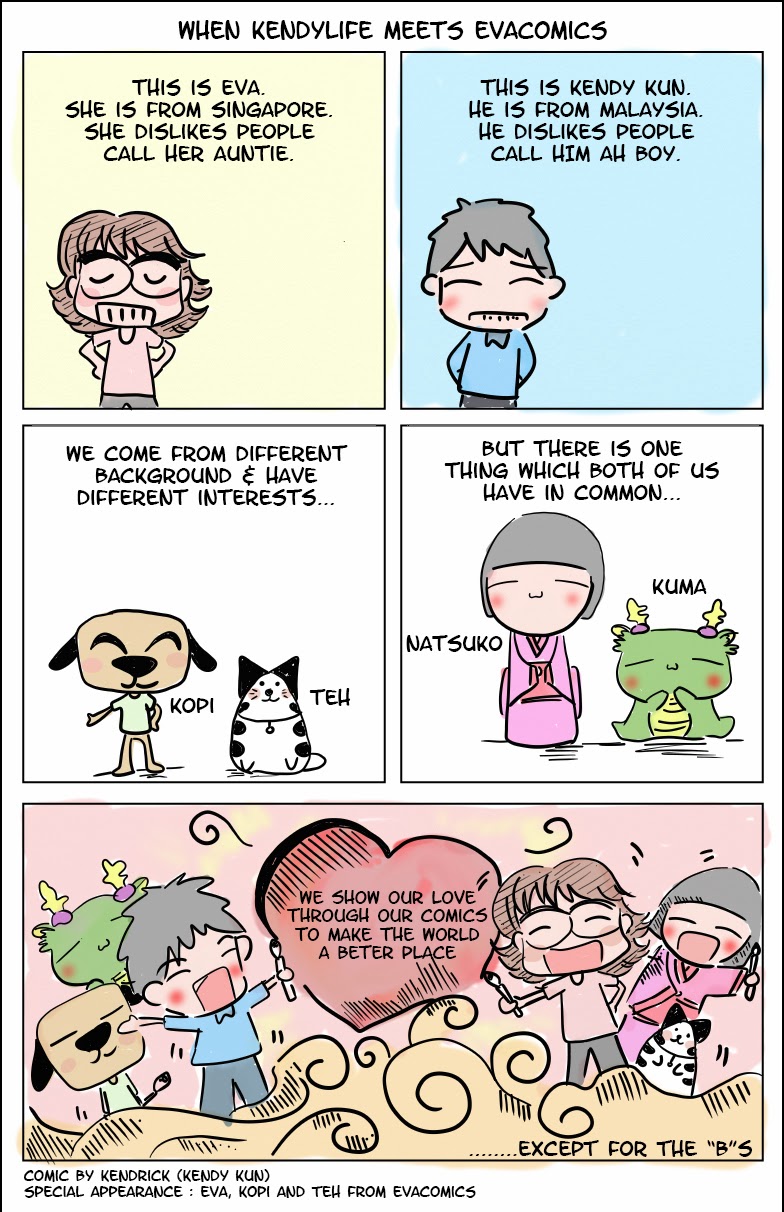 This post was dedicated to all webcomic artist out there, no matter which country you are from, we show our love through our comics to make the world a better place. Also this comic is a fan art given to Eva as a token of thanks, for inspiring me to do many things!
This comic features Evacomics from Singapore and she is one really awesome person I’ve ever met. Do support her! And also don’t forget to like her page too! Trust me, you gonna love her comics!
Kendy
READ MORE

Hello everyone! Sorry for the 1 week absence! Well, my phone was literally dead last week and was sent to the hospital….and yes, I brought a spare phone for the time being…
and I installed a gameboy emulator…and played the Pokemon games..
It really brings back my childhood! 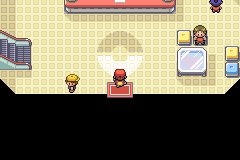 The Pokemon Center! Hate to enter here because of the long boring sentence but I had to… 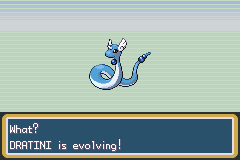 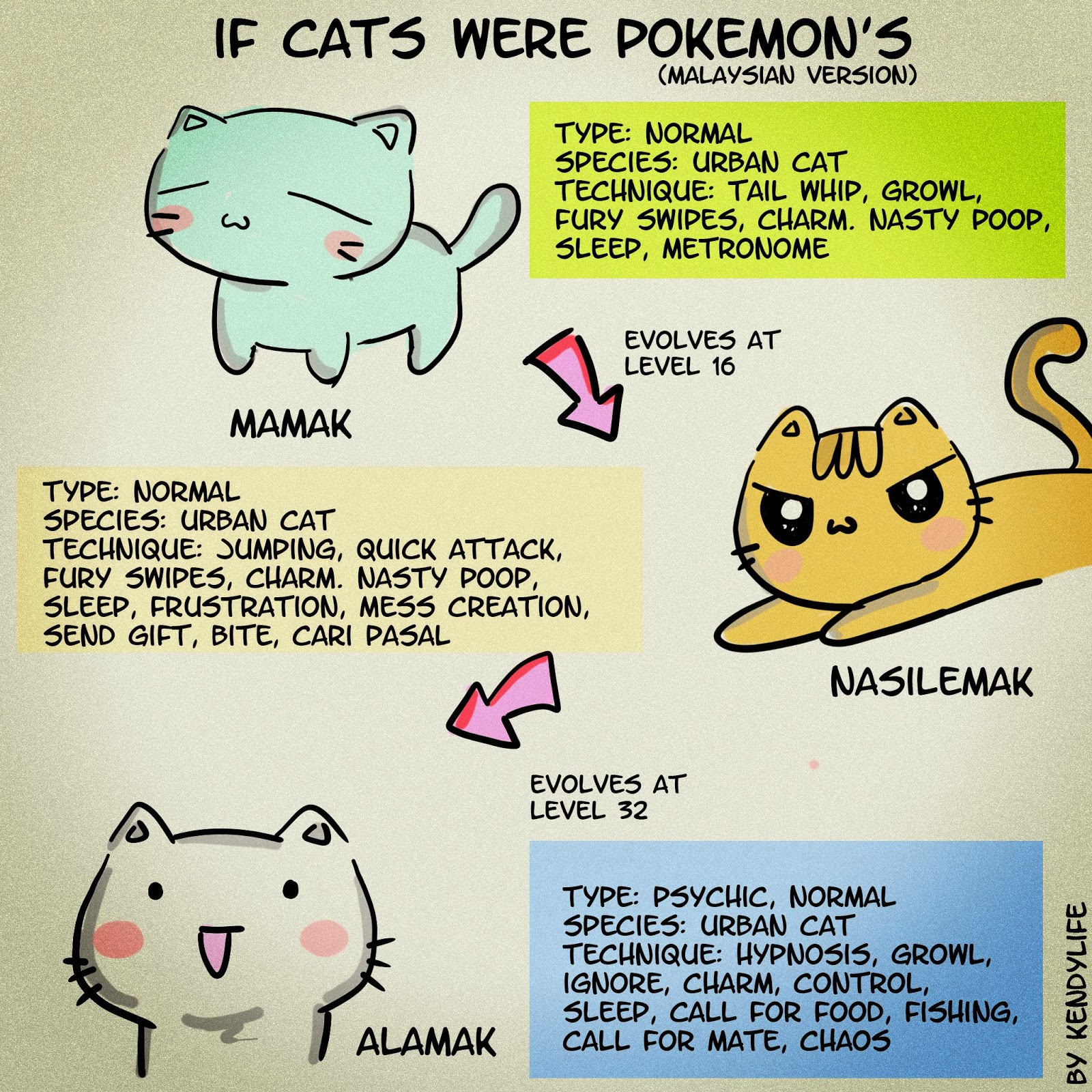 As we all know, family gatherings are super duper awesomely exciting especially during the festive seasons. This is when you reunite with relatives whom you’ve not met in a while and receives Red Packets. What may seem like a time to catch up with love ones can turn into an avenue for relatives to question their nieces and nephews about everything in their lives and this means questions from your love life to your working life and down to the way you dress! 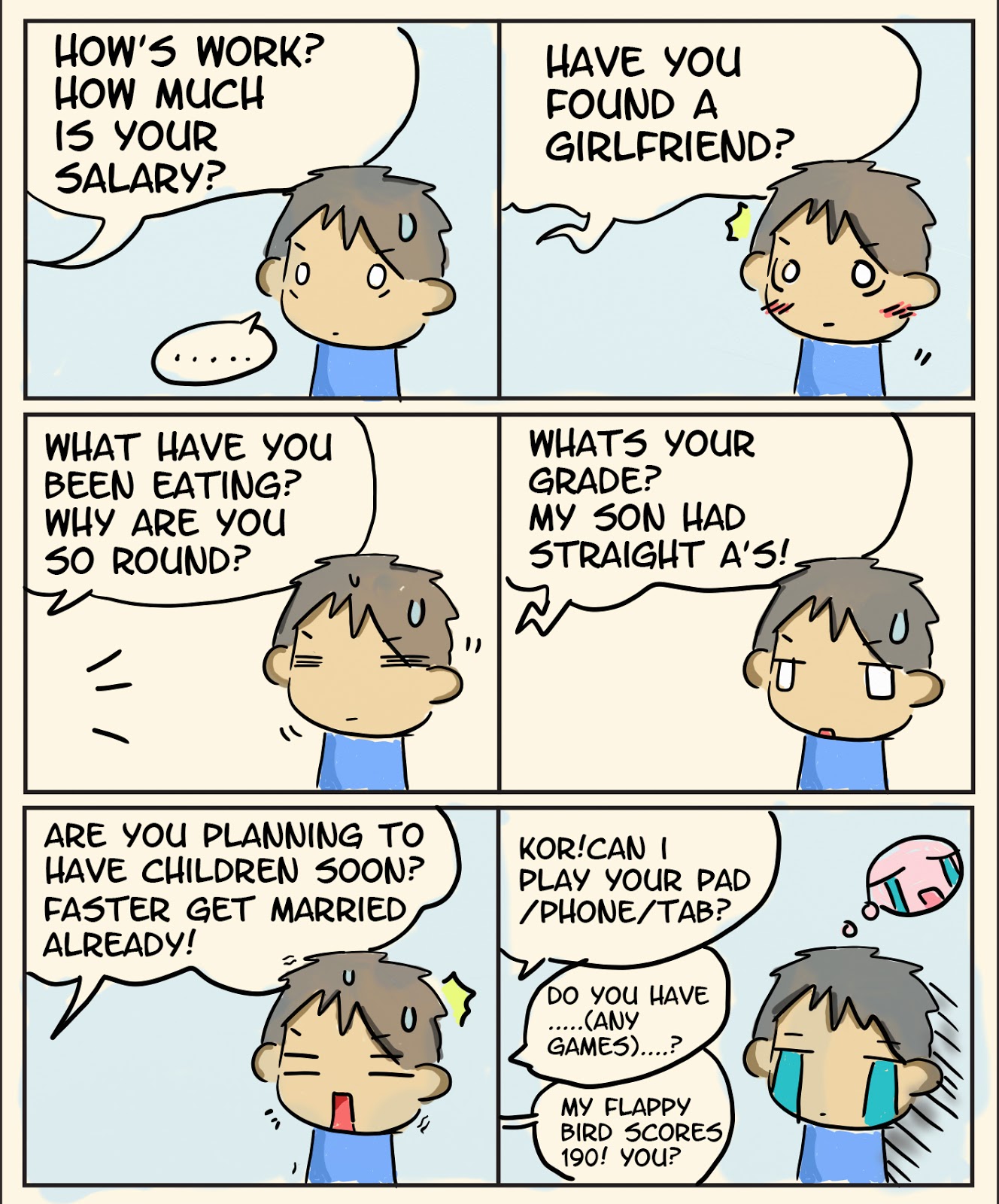 Other famous questions that you might / might not countered before:
– Graphic Design? What can you do with that degree?

– I saw a girl/boy always next to you at Facebook, Is that your boyfriend/girlfriend?
– Why did you choose such a color for your hair?
– Did you brought a car? What car you are driving now?
– Planning to buy a house anytime soon?

etc…etc…etc…..
Any other questions you have heard before? Well I would love to heard from you all!
Last but not least….

The 15 days of Chinese New Year

The period of Chinese New Year takes about 15 days…so why there are 15 days? Here is a brief detailed about it below~ Sources were taken from the web and from my research and understanding of my very own culture. 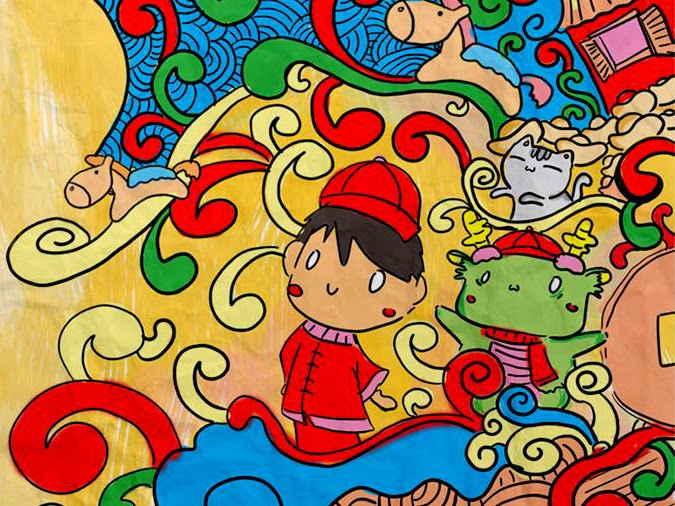 The Preceding days/ Also known as before CNY
Days before the New Year celebration, Chinese families give their home a thorough cleaning. There is a Cantonese saying “Wash away the dirt on ninyabaat” (年廿八，洗邋遢), but the practice is not usually restricted on nin’ya’baat (年廿八, the 28th day of month 12). It is believed the cleaning sweeps away the bad luck of the preceding year and makes their homes ready for good luck. Brooms and dust pans are put away on the first day so that the newly arrived good luck cannot be swept away. Some people give their homes, doors and window-frames a new coat of red paint. Homes are often decorated with paper cutouts of Chinese auspicious phrases and couplets. Purchasing new clothing, shoes, and receiving a hair-cut also symbolize a fresh start. Some Chinese customs still give thanks to their Gods before the New Year arrives. 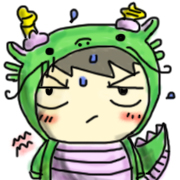 Chinese New Year Eve
The biggest event of any Chinese New Year’s Eve is the dinner every family will have. A dish consisting of fish will appear on the tables of Chinese families. It is for display for the New Year’s Eve dinner. This meal is comparable to Christmas dinner in the West. In northern China, it is customary to make dumplings (jiaozi 饺子) after dinner and have it around midnight. Dumplings symbolize wealth because their shape is like a Chinese tael. By contrast, in the South, it is customary to make a new year cake (Niangao, 年糕) after dinner and send pieces of it as gifts to relatives and friends in the coming days of the new year. Niangao literally means increasingly prosperous year in year out.


First day (年初一）
The first day is for the welcoming of the deities of the heavens and earth, officially beginning at midnight. Many people, especially Buddhists, abstain from meat consumption on the first day because it is believed that this will ensure longevity for them. Some consider lighting fires and using knives to be bad luck on New Year’s Day, so all food to be consumed is cooked the day before. For Buddhists, the first day is also the birthday of Maitreya Bodhisattva (better known as the more familiar Budai Luohan), the Buddha-to-be. People also abstain from killing animals.
Most importantly, the first day of Chinese New Year is a time when families visit the oldest and most senior members of their extended family, usually their parents, grandparents or great-grandparents.
Some families may invite a lion dance troupe as a symbolic ritual to usher in the Chinese New Year as well as to evict bad spirits from the premises. Members of the family who are married also give red envelopes containing cash  which we called it Angpows, Red pows or” hongpau” (红包）to junior members of the family, mostly children, teenagers and unmarried young adults. Business managers also give bonuses through red envelopes to employees for good luck and wealth.


Second day （年初二）
Incense is burned at the graves of ancestors as part of the offering and prayer ritual.
The second day of the Chinese New Year is for married daughters to visit their birth parents. Traditionally, daughters who have been married may not have the opportunity to visit their birth families frequently.
On the second day, the Chinese pray to their ancestors as well as to all the gods. They are extra kind to all dogs and feed them well as it is believed that the second day is the birthday of all dogs.
Business people of the Cantonese dialect group will hold a ‘Hoi Nin’ prayer to start their business on the 2nd day of Chinese New Year. The prayer is done to pray that they will be blessed with good luck and prosperity in their business for the year.


Third day and fourth day （初三与初四）
The third day and the fourth day is 2 special days. On the third day is known as chì kǒu (赤口), directly translated as “red mouth”. chì kǒu is also called chì gǒu rì (赤狗日). chì gǒu means “the God of Blazing Wrath” (熛怒之神). It is generally accepted that it is not a good day to socialize or visit your relatives and friends. On both days, it was also the days of families who had an immediate relative deceased in the past 3 years will not go house-visiting as a form of respect to the dead. The third and fourth day of the New Year is allocated to grave-visiting instead.


Fifth day （初五）
In northern China, people eat jiǎo zi (simplified Chinese: 饺子; traditional Chinese: 餃子), or dumplings on the morning of Po Wu (破五). This is also the birthday of the Chinese god of wealth. In Taiwan, businesses traditionally re-open on the next day (the sixth day), accompanied by firecrackers.

Seventh day （初七）
The seventh day, traditionally known as renri 人日, the common man’s birthday, the day when everyone grows one year older. It is the day when tossed raw fish salad, yusheng, is eaten. This is a custom primarily among the overseas Chinese in Southeast Asia, such as Malaysia (And yes,You will see people all around Malaysia wishing everyone Happy Birthday….and I am one of the person who does that lol) and Singapore. People get together to toss the colourful salad and make wishes for continued wealth and prosperity.

Eighth day （初八）
Another family dinner to celebrate the eve of the birth of the Jade Emperor. However, everybody should be back to work by the 8th day. All of government agencies and business will stop celebrating by the eighth day.It was also the Chinese New Year’s celebration in the Vancouver suburb of Richmond, British Columbia, Canada.

Ninth day（初九）
The ninth day of the New Year is a day for Chinese to offer prayers to the Jade Emperor of Heaven (天宮) in the Taoist Pantheon. The ninth day is traditionally the birthday of the Jade Emperor. This day is especially important to Hokkiens. Come midnight of the eighth day of the new year, Hokkiens will offer thanks giving prayers to the Emperor of Heaven. Offerings will include sugarcane as it was the sugarcane that had protected the Hokkiens from certain extermination generations ago. Incense, tea, fruit, vegetarian food or roast pig, and paper gold is served as a customary protocol for paying respect to an honored person.

Tenth to the Twelfth day (初十- 初十二）
The other day when the Jade Emperor’s birthday is celebrated. At this day, more feasts will be held among Friends and Families and this visitation and feast goes on till the twelfth day of Chinese New Year.

Thirteenth day (初十三）
On the 13th day people will eat pure vegetarian food to clean out their stomach due to consuming too much food over the last two weeks.This day is dedicated to the General Guan Yu, also known as the Chinese God of War. Almost every organization and business in China will pray to Guan Yu on this day. Before his life ended, Guan Yu had won over one hundred battles and that is a goal that all businesses in China want to accomplish. In a way, people look at him as the God of Wealth or the God of Success.

Fourteenth day（初十四）
The fourteenth day, marks the day of  the Lantern Decoration Day. On this day people started to create lanterns and decorate their homes and streets. This process takes the whole day.

In Malaysia and Singapore, this day is celebrated by individuals seeking for a love partner, a different version of Valentine’s Day. Normally, single women would write their contact number on mandarin oranges and throw it in a river or a lake while single men would collect them and eat the oranges. Nowadays , male also took this opportunity to throw oranges so that any girls would pick up.

This day often marks the end of the Chinese New Year festivities.

In my opinion, Chinese New Year was a great festival and a very meaningful one….although there are such superstitious still lies within the days of the Chinese New Year, but one thing I am proud about being a Chinese is we have the respect to our families, relatives, friends and buddies. To me, it symbolizes togetherness, love, happiness, celebration of life and reunions.
To conclude this, Chinese New Year does brings happiness to all of us, and the true wealth does not lies on how many angpows you have received or given to, it was the happiness, smile and warmth of the people you care. =) 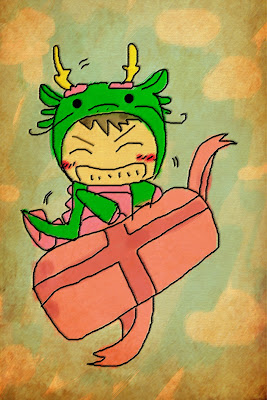 Information from Wikipedia and nationonline: