Saw something funny while I was reading the wed- thus….I re-share this! And yes It’s funney hahaha! LOLss!

This list is still making me laugh . If you have been to Malaysia before, please enjoy, if you haven’t had the chance, here’s ten reasons to visit:

1. Terrorist decides to blow up KLCC. He drives to KLCC with the intentionof planting the bomb there, gets stuck in a 2-hour jam, and blows himself up in frustration. PLAN FAIL.

2. Terrorist decides to bomb Ipoh as a practice session before targetingKL. He drives for the first time on the highway to Ipoh trusting the signboards to get him there, and ends up in Lumut. Terrorist drowns himself in the sea in frustration. PLAN FAIL.

3. Terrorist decides to blow up Puduraya. While walking to his destination,the bag in which he keeps his bombs gets snatched by snatch thieves on a motorcycle. He pulls on his bag’s strap desperately and dies after being dragged 100m on the road. PLAN FAIL.

4. Terrorist decides to blow up Port Klang. He succeeds!! But the next day *The Star, NST, Berita Harian* and *Utusan *publish an article on page 10 headlined “Boy playing with fireworks injured in minor explosion.” PLAN FAIL.

5. Terrorist decides to bomb Johor Bahru. He rents a house as headquartersand the night before the dastardly deed, three men with parangs break into his house, robs him and kills him. PLAN FAIL.

6. Terrorist decides to bomb Kedah to paralyze the rice bowl of Malaysia.That night, while secretly setting up the bomb during a heavy thunderstorm (so that no one sees him), Timah Tasoh Dam hits danger level, authoritiesopen the dam gates and he is swept away in the floods. PLAN FAIL.

7. Terrorist decides to blow up Bukit Bintang. Upon arrival at destination,he is accosted by a pimp and spends the night in the arms of a beautiful woman. At dawn, authorities raid the place and arrest him. PLAN FAIL.

8. Terrorist decides to blow up the MACC – he is a strong advocate of corruption. He enters the building, but before he manages to plant his bomb, he is found dead after a fall from the 14th floor window. PLAN FAIL.

9. Terrorist decides to blow up Serdang Hospital . He enters the hospital lobby, hears a loud crashing sound and looks up to see the ceiling collapsing on him. He dies. PLAN FAIL.

10. Terrorist decides to blow up Genting Highlands. On the way up the mountain, a speeding bus driven by a 18-year-old boy without a driving licence crashes into his car and kills him instantly. PLAN FAIL.

MORAL OF THE STORY: MALAYSIA IS INVINCIBLE TO TERRORIST ATTACKS!!
*Editor’s comment: This list was written by Shirley Mohan*
READ MORE

Eating sundae on a Sunday, well I really did haha!
Kend
READ MORE

Today I saw something familiar …so he looks like someone I knew from the web 😛
Teehee!
Kend
READ MORE 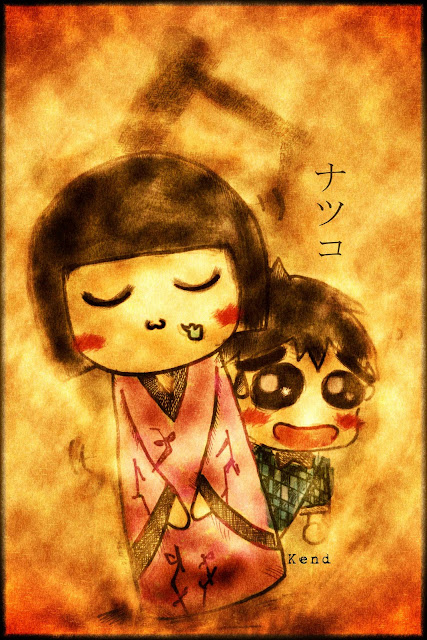 Finally I’ve drawn her into a picture, teehee! She will assist me in my daily stories~ XD
Kend and Natsuko ^^
READ MORE

She has her rules…

Well, Natsuko was always so calm , but i’ve bulled her too long and she pissed =.=!!
She stated her rules, in the Malaysian way…

So not the feeling well….

Ya…..so not the drama….apala ni, dunno what I’ve eaten, and went to toilet….luckily m getting well d ><
READ MORE 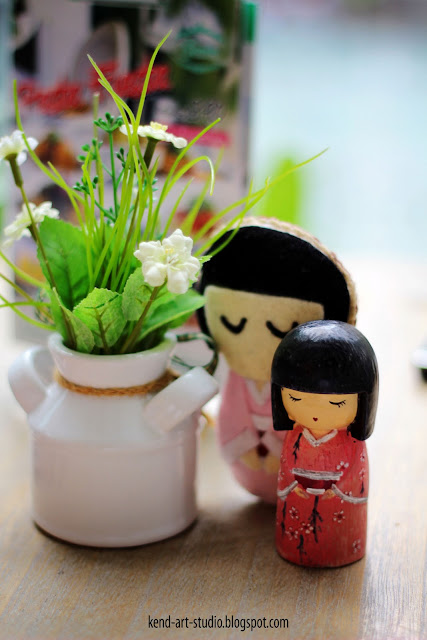 Sometimes I felt that I had been focusing too much on one thing while forgotten the important ones…i think it’s life, and i am still growing 😉

Life has many things to offer, need to be patience 🙂
Kend
READ MORE