My 10 years of lame but funny Quote! lols!

See how it evolves….every end of the year, I will put different status …and how it has evolved…..from hand-drawn cards till Facebook~ It’s my famous status , from 2001 – 2011~ haha ( I realized I had been repeating the joke “From this year till next year”)!!

2001
I am playing my gameboy color (Pokemon Gold) from last year till next year!
(Source: My New Year wish card – 12 years old)

2003
I will be having BBQ from this year till next year! Seafood here I come!
(Source: Located at the back of the BBQ photo at my house with Charles and friends-14 years old)

2004
SMS from this year till next year!
(Source: My first mobile (Nokia) and my first near year sms sent to friends and family also my first time Drawing on paper massively-15 years old)

2005
I haven’t showered from last year from This year!
(Source: This note was kept repeated by my parents but this year I really gone shower after that haha- 16 years old, first time using the internet and sent greeting card massively, My first encounter and interested in Photography)

2007
Steamboat with family and playing fireworks from last year till this year!
(Source: From a Photo (2007)taken from my family album – 18 years old)

2008
I will sms to the person I liked from this year till next year!
(Source: A message to my first crush, and also the first longest sms ever sent – 19 Years Old)

2009
I am Facebooking from last year till this year! kekekekekekeke~
(Source: My first usage at Facebook – 20 Years old)

2010
I will be updating FB, Twitter and Plurk while playing my guitar and Skyping till next year!
(Source: First time Skyping and chatting with Doreen- a friend from UCSI University , First time using Plurk and Twitter- 21 years old)

Farewell 2010,
We may not see
Your like again,
Though some remain….

In memory
Of cheer or tear
Of achievements….

Made or unmade,
Friends gained or lost,
Now like misers
We count the numbers….

of the moments….
Happy and Sad moments
It’s time to put aside
And plan for the future….

We have came
to the last day of 2010,
accounts closed,
we count the cost….

And close the year,
Calendars tossed,
Diaries shut…..
And the countdown begins….to the New Year 2011

What are Christmas songs for?

Have you ever wondered that most of the Christmas Songs which we sang at the Church during Christmas, at the family gathering, to sing with friends, singing Karaoke at RedBox or just attending caroling was already being passed down for many centuries?

Christmas songs never really leave us. Like clockwork, they come back annually to set the holiday mood. They are less like old songs and more like familiar friends—just like the folks who sing them.If you think about it, Christmas songs are like time machines: just hearing a few notes from our favorite holiday tunes can magically transport us to a cherished moment from our past. These carols are powerful musical greeting cards reminding each of us of the joy that is coming this Christmas season, as well as the wonderful love and glad tidings from past holidays as well. Although some Christmas Songs had been commercialized to have idols such as Santa, roudolph or elves, the spirit of Christmas songs still brings joy, laughter and memories into our hearts =)

And with each song there is a remarkable story. Did you know it was a Christmas song that introduced the world to modern electronic recording? Did you know that the song“O Holy Night” was the first song broadcast on the radio and that “Silent Night” once stopped a world war in its tracks? Christmas songs have touched us in more ways than we can imagine and knowing the stories behind them gives their presence even more depth and to a better understanding on Jesus Christ’s birthday.

Other Christmas songs have equally amazing stories. For example, a decade before the Civil Rights movement, “The Christmas Song” by Nat King Cole was the first Christmas standard recorded by an African-American. This hit helped pave the way for equal rights. Bing Crosby’s first holiday hit was not “White Christmas” but “O Come All Ye Faithful.” The great crooner used this recording to raise money for a children’s charity, little knowing that the song would build a foundation for his becoming the season’s most listened-to voice. “Little Drummer Boy” combined an ancient legend and the stark realities of poverty in the Great Depression in a simple story of a talent given and received. And though no one knows who wrote “Gloria” (“Angels We Have Heard On High”) the fact that it’s being sung today exactly as it was centuries ago makes to it an unforgettable listening experience.

The anthems and standards of Christmas touch hearts and minds. They speak to us as an old friend, transporting us to days of yore and reminding us about the lasting gifts of God’s greatest gift- Jesus Christ himself, friends and family. They have the power to take us to the manger or Kuching Family Gathering, KL shopping spree or Family holiday snow experience at London, they all here to remind us of a family gathering or of the trip of a wise man following a star. They are a thread that connects the past, present, and future. Knowing the stories behind each of them means so much more!

No matter where are you……at Sibu….at Kuching….at Miri….at KK….at Brunei..at Melbourne, at the US or at Europe, Christmas songs always reminded us about Jesus’s Christ, our Saviour and also the unforgettable moments, memories and experience. So we sing these holy song to Praise the Lord as well as to remember the moments we had! ^^ 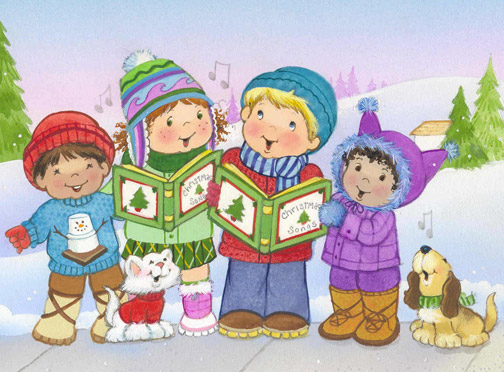 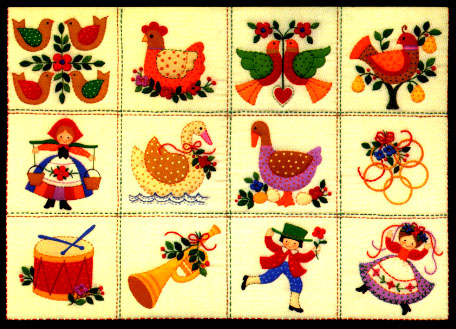 Since young I used to sing this song and we often use this during caroling back at Malaysia. But I kept asking myself….So what does the 12 means? Why 12 days?  And how does it connected to god? Well, I had made some research on the web, asking a few friends, and do some research on book stores and the library on history of Christianity. Finally I got a little understanding of the real meaning of this song.

The 12 days of Christmas was celebrated in some countries and the period starts from 25th December till 5th of January. And this period is also known as “Christmastide”. The Twelfth Day of Christmas is 5 January, with the celebrations of Christmas traditionally ending on Twelfth Night and is followed by the Feast of the Epiphany on 6 January.

So here comes the song, so actually the lyrics has it’s religious symbolism meaning behind this song..here it is! =)

Disclaimer: This is just part of my research, it could be wrong or right, but no matter how, all I done was for my better understanding of a certain stuff. If you have any suggestions or ideas, we can share and discuss. God has given us the knowledge to learn and understand =)